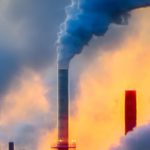 “People and Planet before Profit!” and “Unite behind the science” are two slogans who, in my humble opinion, bear a lot of truth about the current state of humankind. Not only most of us are in denial: “I am fine, everything is like it always was and will be. Don’t think it will influence me.” and “I am not a believer in climate change”. Others just go for “business as usual” because what else can I do and some just don’t give a shit because it is someone’s else his problem “I won’t be alive when all this is going to happen”.

And there is Greta Thunberg shouting from the roofs. Yesterday September 20th 2019 there were worldwide about 5000 climate demonstrations in the estimated 185 countries with millions demonstrators.
And all the people in charge? This is what I think should be happening this year. They should show ferm leadership because psychology tells us there are only a few real leaders the rest are anxious followers.

Hold everybody accountable for their behaviour

Our leaders, and even if they are our politicians, should for everybody put in place an Personal Annual Carbon Budget with severe penalties not only in the form of jail time but also economically in the form of severe penalty: you get to loose an amount of what you own or posses. Starting of with 5% going with an increasing percentage jumping 5% up at the time. On top of that the household will be forced, on their own expense, to go carbon neutral. If they own a bloody pollution vehicle they either loose it or will have to electrify it within 4 weeks.

Sounds extreme? I think this should be implemented worldwide for everybody and anybody.
And CEO’s of big companies will be punished even worse. You can’t hide behind “I didn’t know” or “nobody told me, I wasn’t informed”. No, no you are getting payed the most, you are responsible, it’s your job to know. If you do not act on it, it will be considered a criminal act and punished accordingly and very public.

What will this kind of accountability mean for humanity? I think not one person on earth will act irresponsible any more. Every individual will take 100% responsibility for every action, every move, everything they buy, sell, discard.
Littering with chewing gum or for instance cigarette butts: basically for polluting your environment you will get a ticket.

This will change the face of the earth.

It will help nature to restore it’s eco-balance. Humanity will start to leave large chunks of the planet undisturbed, forbidden for humans to enter.
For instance Antarctica, the North Pole and other parts of the world will not going to be harvested.

We will go totally Zero Emission through all the new technologies in renewables and ways of living. Buying a new wardrobe every summer, refurbishing once home every two year are gone. Cars get older, much older and will be technically updated every 10 years to the new standard. Industry standards will be altered so products will last at least a lifetime.
Homes will be energy positive and will charge our vehicles. You only find gas station in a museum just like fossil burning vehicles.

All aspects of society, the way we manufacture and use products will have to be designed around durability, reparability, upgradeability, design for disassembly, and ease of reuse and recycling, see Europarlement: “on a longer lifetime for products: benefits for consumers and companies (2016/2272(INI))”.

Sounds like impossible? Then just.look at photos taken only 100 years ago. The world looked totally different. And think about the device you are holding. The first real Mobile phones where sold by Motorola back in 1973. The absolute revolution, on which shoulders we are still standing today, came when Apple introduced their first iPhone in 2007.

And the fact that there are schoolchildren striking for survival started only 13 months ago when one15 year old girl started to strike alone in front of the Swedish parliament and attracted cameras from news outlets. It always starts with one person fed up with the status quo to start a movement and change the surface of the earth.

All the above will be a few of the many puzzle pieces to survive the upcoming, potential, mass extinction.