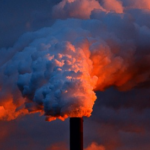 Lately more and more people started to ask me: ‘What is Carbon Budget?’ And I get why it is not easy to understand. The explanations I found online were written by scholars and not meant for everyone. This post is an attempt to explain it in layman’s terms.

First of all Carbon Budget is also known as “ emissions budget”, “emissions quota” and “allowable emissions”.

“The carbon budget represents the finite amount of greenhouse gases that can be emitted to ensure that global temperature rise is limited to 2°C.”

This is one of the definitions I found online. And yes I get it. But what does it mean to humanity. What consequences will it have on our daily life if every single person will live within their personal budget? And what part of my budget am I emitting indirectly through things I buy like food, cloths or by using electrified -here I do not even consider fossil-fuel powered vehicles- public transport?

To put it bluntly how I understand it. Humanity has no Carbon Budget left. Every ounce of Fossil fuel we burn will result in a wretched outcome. 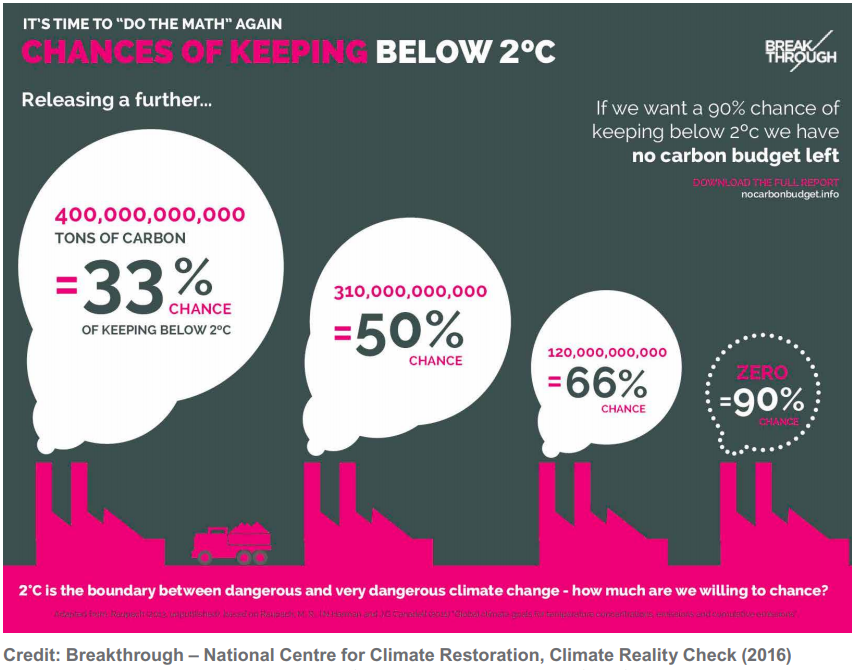 Basically what above picture shows us is, if everybody reduces their Carbon footprint by 90% we will have a chance to keep Global Warming below 2 degrees. But I know my neighbours. They like their life as it is. So they booked a summer holiday for four to South Africa.

If humanity wants to avoid nasty consequences of an irreversible climate change we have to avoid that a lot of stable Climate Systems reach their individual Tipping Points, and go over it in ever going Feedback Loops. The real and existential threat humanity faces in the very near future is that we create an uncontrollable Climate Runaway.

Now one can argue this is all hypothetical and that we really don’t know what the coming decate has for us. But this is not a thing you argue in case of car insurance or a seat-belt. You still have it or wear it while driving your kids to school (very bad for the environment). You just have it in case of….
So see all the things we have to do and all the unpleasantness we have to go through -stop burning all fossil fuels- to get to a bright future for our grandkids.

The early and ignored warning
David Puttnam was Chairman of a Parliamentary Committee that Drafted in 2007 the first Climate Change Bill ever. In this 2014 TEDxDublin talk he explains the reality about Climate Change and how humanity is coping. Clearly humanity is living in an unsustainable way heading straight for the abyss.

Lord Puttman puts the question in front of us: we didn’t react on the early warnings. So will we now ignore all the warnings coming to us via every media channel? It looks that way.
Up to now humans are failing to set political and economic concerns aside for our (=global) greater good and adapt and take provisions to the expected and coming inevitable outcome. Are we still going to ignor the signs? Are we going to do something about it? Or are we going to panic like Greta Thunberg is hoping we do? Time will tell.

Prediction (a very safe one)

In the near future every person, every household, every business and every action for that matter, that involves the use of some sort of energy will be measured in the amount of Carbon it produces. And all these will have there own cost. That’s called: The Carbon Budget Cost. Very likely we all will get a certain yearly Carbon Budget to spend. And there will be penalties if you go over it.

At first humanity will stop traveling to far destinations, just for the holiday, burn any compound that emits Carbon or anything else. Cities will get very clean. Everything will have solar panels and every house will become energy positive instead of needing energy. Transport will change dramatically together with our way of thinking about Mother Earth.

I sincerely hope my grandkids have time to make the necessary changes and survive the legacy of the 1900’s.

2 Replies to “What is Carbon Budget?”