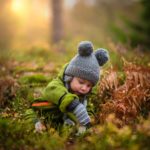 The Climate Discussion -believer versus non-believer- is a silly one. Just consider a helicopter view.
One could argue that at the moment it is unclear if climate change is happening, is ever going to happen, if human interaction is -part of- the cause, and -yes or no- is going to happen at all, etc etc.

There are so many games being played and interests -money, stakeholders like oil-industry and the old car industry- politics, power, religion, educated or uneducated- being defended.

Is this all really very important? What does count? Me personally, I like to keep my kids and grandkids out of harm’s way. So I like to provide a safe and prosperous future for them.
If that means I have to consider the long term consequences of my behavior and change that, I will.

Of course one could argue the advocates of climate disaster are wrong. Nothing is going to happen. It could, but will I know in my lifetime? Is it true? Do I believe that? Or do my peers agree, or quite on the contrary, ridicule it and I go with them?
Now I ask you. Would I do the same with seat belts or car insurance because after more than 45 years I was in no serious accident heavier than a fender bender? Because I drove safely for more than 16.425 days, I could get rid of my seatbelts and save the money on insurance?

I know this is just a stupid metaphor, and you could shoot holes in this reasoning, of course. Please do and stop reading. But…

The same goes with climate change. Whatever your standpoint is, against or in favor of the conclusion of 6.000 scientists who, after 40+ years of study and analysis, came to the reasonable prudential conclusion (IPCC) that evidence points in the direction of a global manmade climate change and we still have just a few years –less than 11 as a matter of fact– to prepare and change our ways.

And still you could think. We cross that bridge when we get there.
In case of that seatbelt, if you haven’t got one. Well,…. I wish you luck.

I like to wear that seatbelt and have that car insurance. So I also like technology and all the good things that it brought us. I have a smartphone, got rid of my triple play internet connection and have only internet and like to stream (TV) content when and where I like it. It’s also cheaper. Most of my friends are still paying the full price and are surprised about what I do… and are learning.

More than three years ago I changed all my lights for LED. At that time it was

still quite expensive to do, but I did it anyway. I also put everything in my house behind power switches except my fridge and bought a smart thermostat.
I reduced my monthly energy bill from over €210,= to just €63. A savings from approx. €150 per month and it took me less than 3 months to earn that investment back.
Now I invested the savings of more than two years in solar panels and a heat pump and I am expecting to save even more Euro’s per month while I am at the same time burning less fossil fuels and emitting less harmfull toxic gases and less fine particles.
When I show my electricity meter to my friends, they can’t believe their eyes it is running back. Even on a grey February day with almost no sun.

My next investment is into more solar panels and a powerwall to charge my new EV.
And If you got shares in oil? My recommendation is bloody clear: sell them now, you still can for a relatively good price.

And for all those who are still discussing the subject and inactive -not changing your ways- burning your paycheck on fossil fuels, you’re bloody stupid. I am actually saving on the house more than €1.800 per year and will be saving more than €7.500 at the gas station (because of Vehicle2Grid) while my so called Cost Of Ownership -garage bills are virtually non-existent- for my EV are also at a minimum. Keep driving that big V8 and paying the oil industry. That’s exactly what they want you to do.

And of course you could start discussing all the above. Even the way and tone I write it. But you can’t argue the fact that I am still doing all I want, and I was, before taking action and invested in the latest available technology. But while I am doing that I am saving more than €10k per year with which I can do what I want. Maybe go on a world trip in a sailboat.

What are you doing?